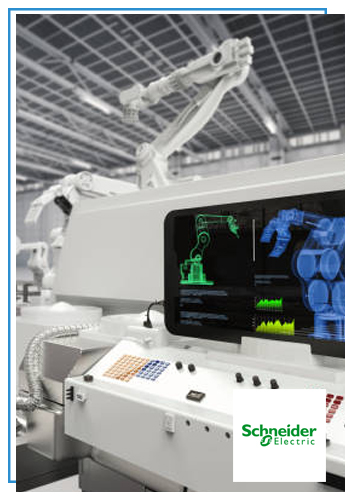 Reach your Market, a user study to evaluate the acceptability of a solution for industrial automation

"The Reach your Market service evaluates and tests your innovation objectively and openly, which is invaluable, because feedback is essential!"

I would say that the word collaboration is the one that comes naturally to my mind. Indeed, thanks to the support of Julien and Charlotte, we worked together on the concept to be evaluated, on its formalization, on the way to ask certain questions as well as on our expectations in the project, in particular on what I wanted to get out of this user study.

Origins of the project: We developing new generation of services and applications for current and future industrial automation devices and we wanted to evaluate new forms of interaction: "in-app purchase, preventive maintenance service",..., which will allow customers to benefit from advanced connected services.

Issue: We made a lot of hypotheses about how a customer would respond to new application proposals, including how the next generation of devices might work. And so we needed to understand what the acceptability of our ideas was, but we had not yet formulated what the concept would be. Indeed, when we contacted RyM, we were in the phase where we already had some elements that could be used as part of the generation of this concept. What we were really looking for in the RyM team's expertise was concrete customer feedback on our general idea to see if we were approaching the project from the right angle or if we needed to pivot before going further in this direction.

I think that's one of our main challenges that I'm working on: we are very good at asking questions that confirm our received ideas, so I was looking for a solution that would allow me to the potential of our ideas, without being biased by our preconceived notions, with a neutral eye, to see if our way of thinking about this innovative concept corresponded with the reality of the market.

Benefits: The results gave us a better understanding of the feasibility and acceptability of the concept. I particularly liked the different feedback on the emotional perceptions of the users because again, this is something that is difficult to measure and represent on a piece of paper, so I liked the way it was represented in the RyM study. It gave us the opportunity to discuss objectively and have exchanges, expecially on why we got the information.

Finally, and from this point of view, I really appreciated the fact that we were able to benefit directly from user feedback which allowed to enrich our discussions. It also allowed us to question ourselves on certain points, so I think that, specifically for a company like mine, this approach is very powerful: an outsider's opinion on the innovation is not, my opinion is not either, but that of potential future users is !

You can also maximize your innovation's chances of success by assessing its market potential!